All Results () Products () Blog () Other Pages ()
No search results

For many years cruise ships have been getting constantly bigger and more luxurious. This year two new giants enter the expanding market in the Caribbean and in the Mediterranean Sea – with Geislinger technology on board.

With the Seaside Class, MSC Cruises brings two new ships on to the market: MSC Seaside and MSC Seaview. With a length of 323 meters and space for 5.300 passengers and 1.413 staff, the 154.000 RT MSC Seaside is the largest cruise ship ever built in Italy. The construction at Fincantieri in Molfancone required over 10 million working hours from more than 4.000 people. 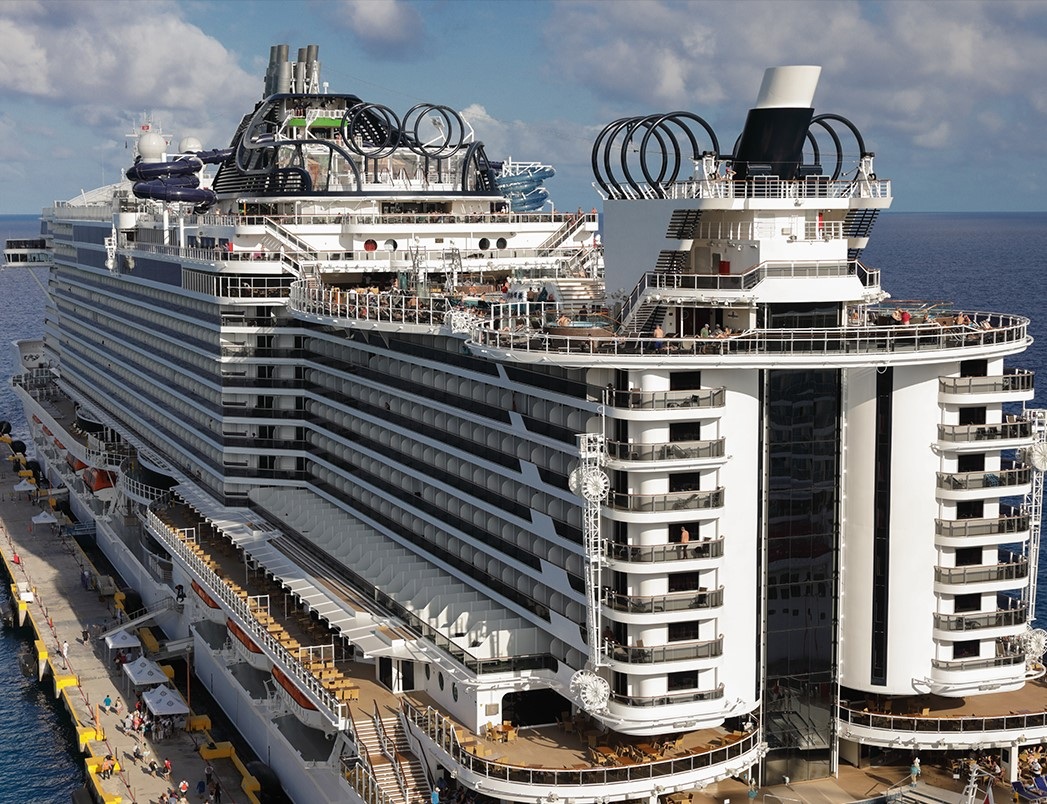 After the naming ceremony in Miami in December 2017, the ship started its regular cruise program in the Caribbean. This includes destinations like Jamaica, the Cayman Islands, Mexico, the Bahamas, the Virgin Islands and the U.S. The cruise ship offers lots of special opportunities to the passengers, including 13.000 square meters of outside decks and a 360° promenade all around the lower decks.

Its sister vessel, MSC Seaview, is still under construction. In June 2018, it will start its operations in the Mediterranean Sea, including destinations like Genova, Marseilles, Barcelona, Naples, Messina and La Valetta.
For cruise ships the highest possible reliability and lifetime of the power train is required. Both ships are equipped with four 12V Wärtsilä engines generating 62,400 kW altogether. To reduce torsional vibrations, each engine runs with a D120/10/1 Geislinger Damper. These engines were built at Wärtsilä Trieste, located very close to Fincatieri in Monfalcone.

During the naming ceremony of the MSC Seaside, the company announced the order of another two, even larger, ships. These EVO Class ships are also due to be built at Fincantieri in Italy. The 169.000 RT, 339-meter-long ships for 5.656 passengers will come on to the market in 2021 and 2023. The cruise boom still has growth rates of 8%, and the size of the new ships could offer almost enough space for the inhabitants of a reasonably sized town. According to the latest statistics, more than 27 million people are going to book a cruise in 2018. To keep all the guests happy, Geislinger provides dampers and couplings, designed for the whole lifetime of these ships, with the highest reliability and lowest noise levels.