All Results () Products () Blog () Other Pages ()
No search results

The GESILCO® Disc Coupling is specifically designed for closed coupled generator sets and highly integrated wind turbine powertrains. The ﬂat membrane allows the transmission of high torsional vibratory torques and radial forces at high engine speeds. The GESILCO® Disc with its homokinetic, non-magnetic and non-conductive properties, is a maintenance-free coupling solution, which can even be used in rough environmental conditions.

The Geislinger GESILCO® Disc is a coupling for diesel-electric drives. The GESILCO® Disc connects the generator with the combustion engine, isolates the generator from the engine and protects it from potential crankshaft bearing failures through electric corrosion. Furthermore, the electrically insulating GESILCO® Disc is designed for high radial forces while transmitting high vibratory torques with the lowest reaction forces.

A single GESILCO® Disc coupling compensates angular and axial misalignment, and a combination of two membranes enables the compensation of radial, angular, and axial misalignments. The flat membrane is made of advanced carbon and glass fibers. Drivetrain systems benefit from low, almost linear reaction forces as well as from the highest torque transmission with the best dynamic behavior. Further advantages are electrical insulation and non-magnetic properties. Even under extreme conditions, the highest shock resistance of the GESILCO® Disc coupling is a great benefit. 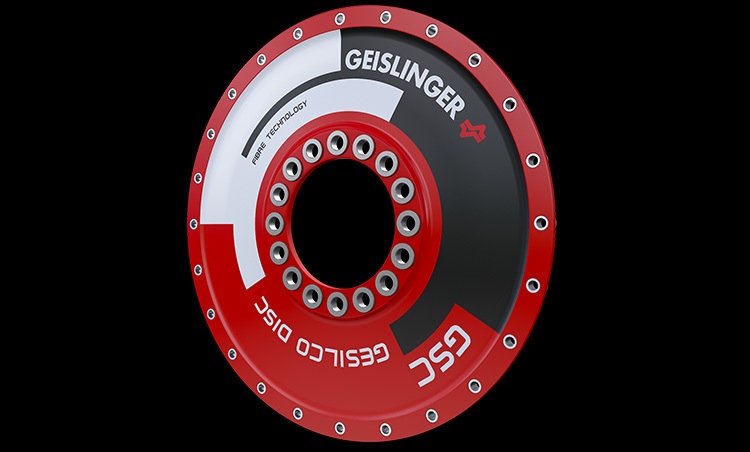 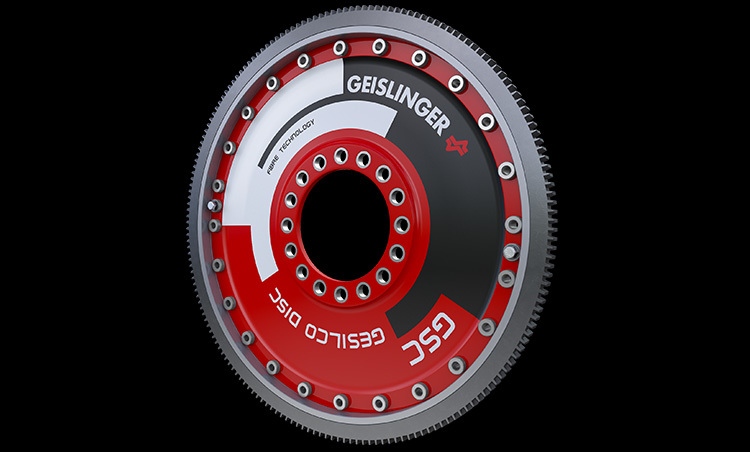 The GESILCO® Disc coupling has originally been designed for close coupled generator sets (one-bearing gensets) and it has proven its reliability in thousands of installations. In an integrated medium-speed drivetrain, the composite Disc couples the generator to the gearbox. Thanks to its electric isolation properties, it safeguards the gearbox bearings from tracking currents, which are normally transmitted from the generator through a steel coupling. Like the COMPOWIND® Coupling, the GESILCO® Disc is fatigue-resistant and maintenance-free. The coupling allows for misalignments in axial and angular directions and relieves the bearings from constraint forces. 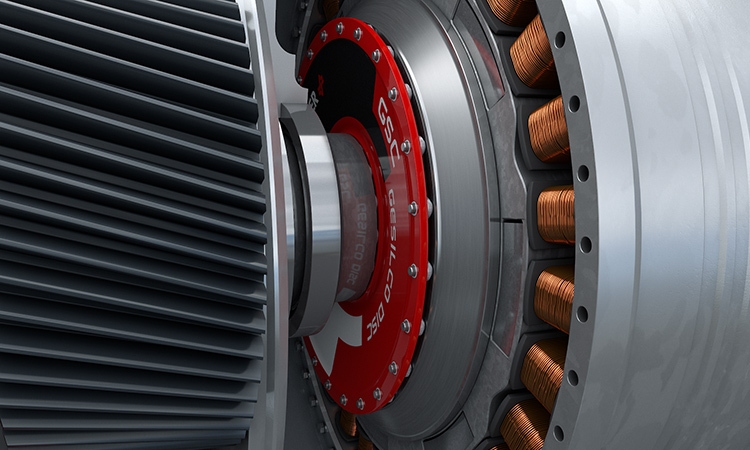 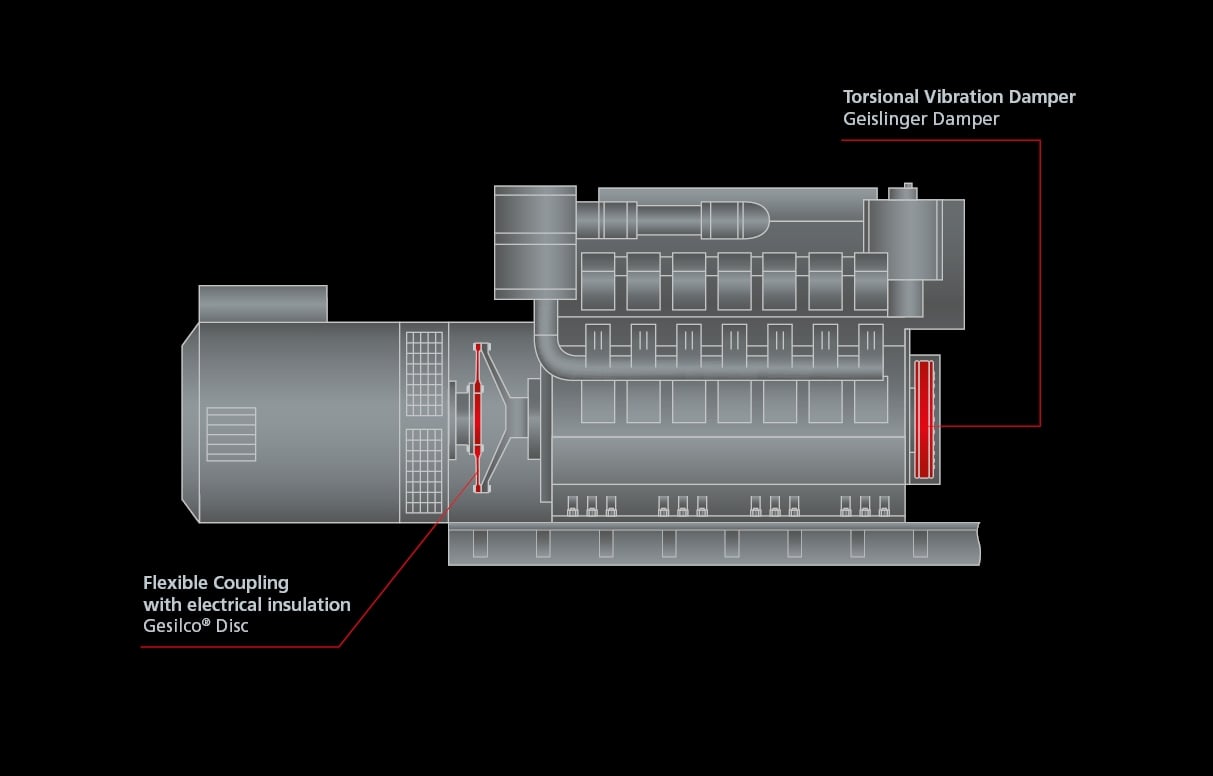 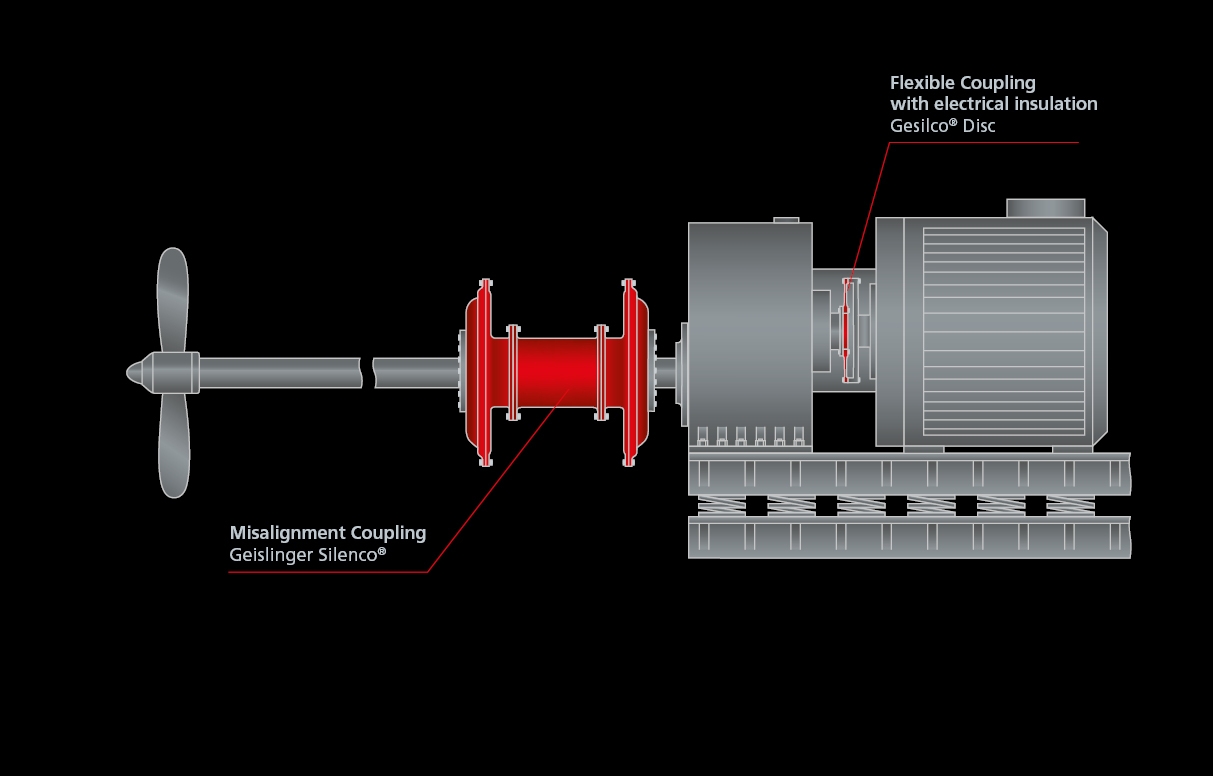 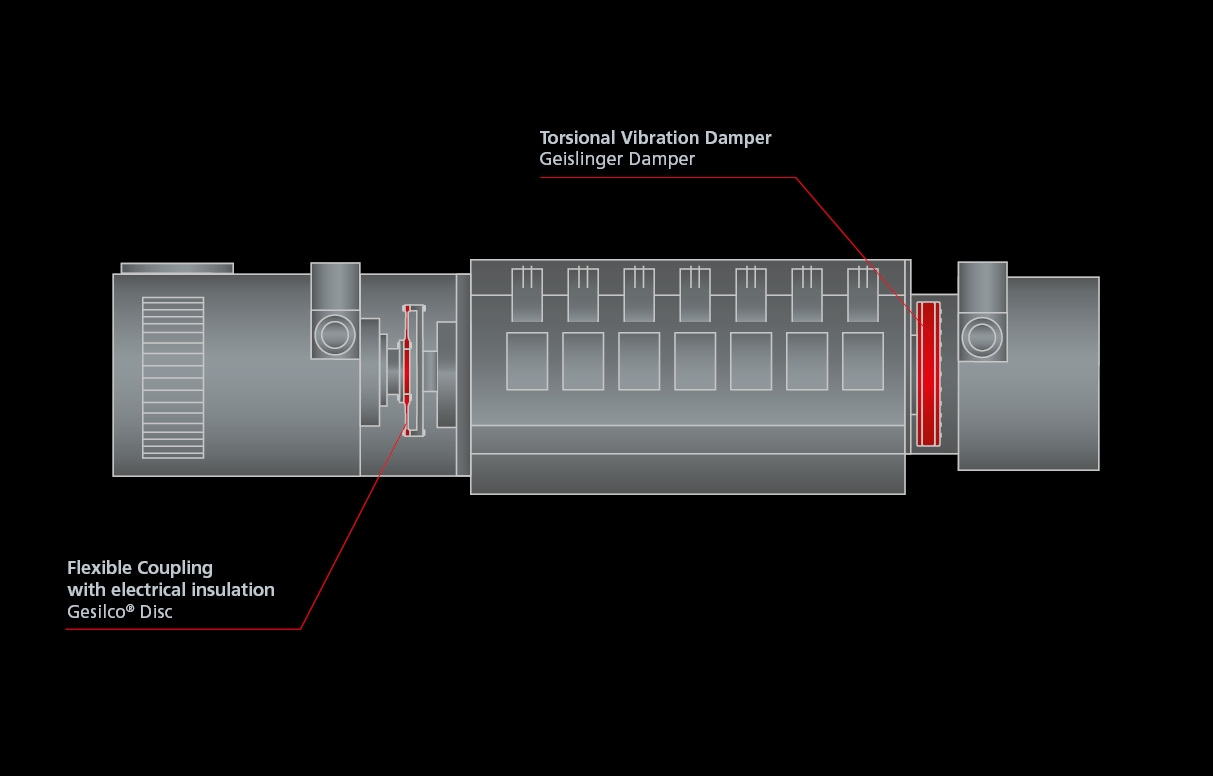 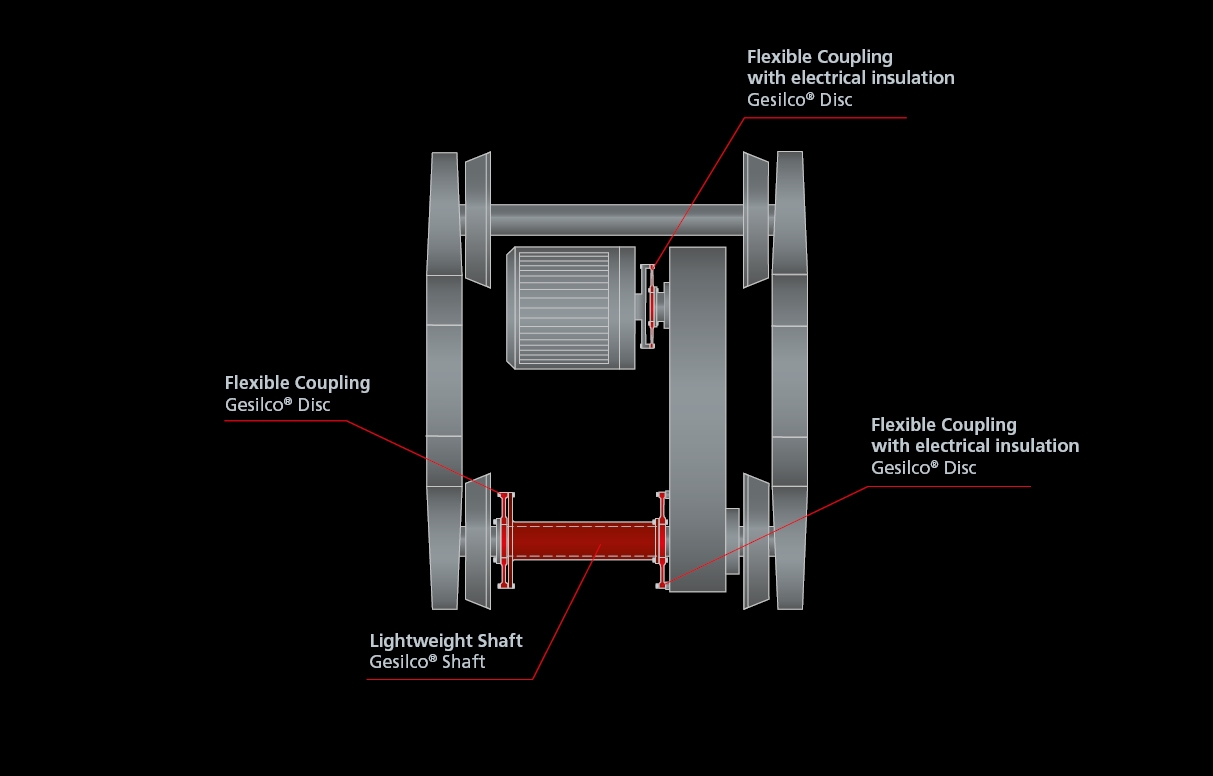 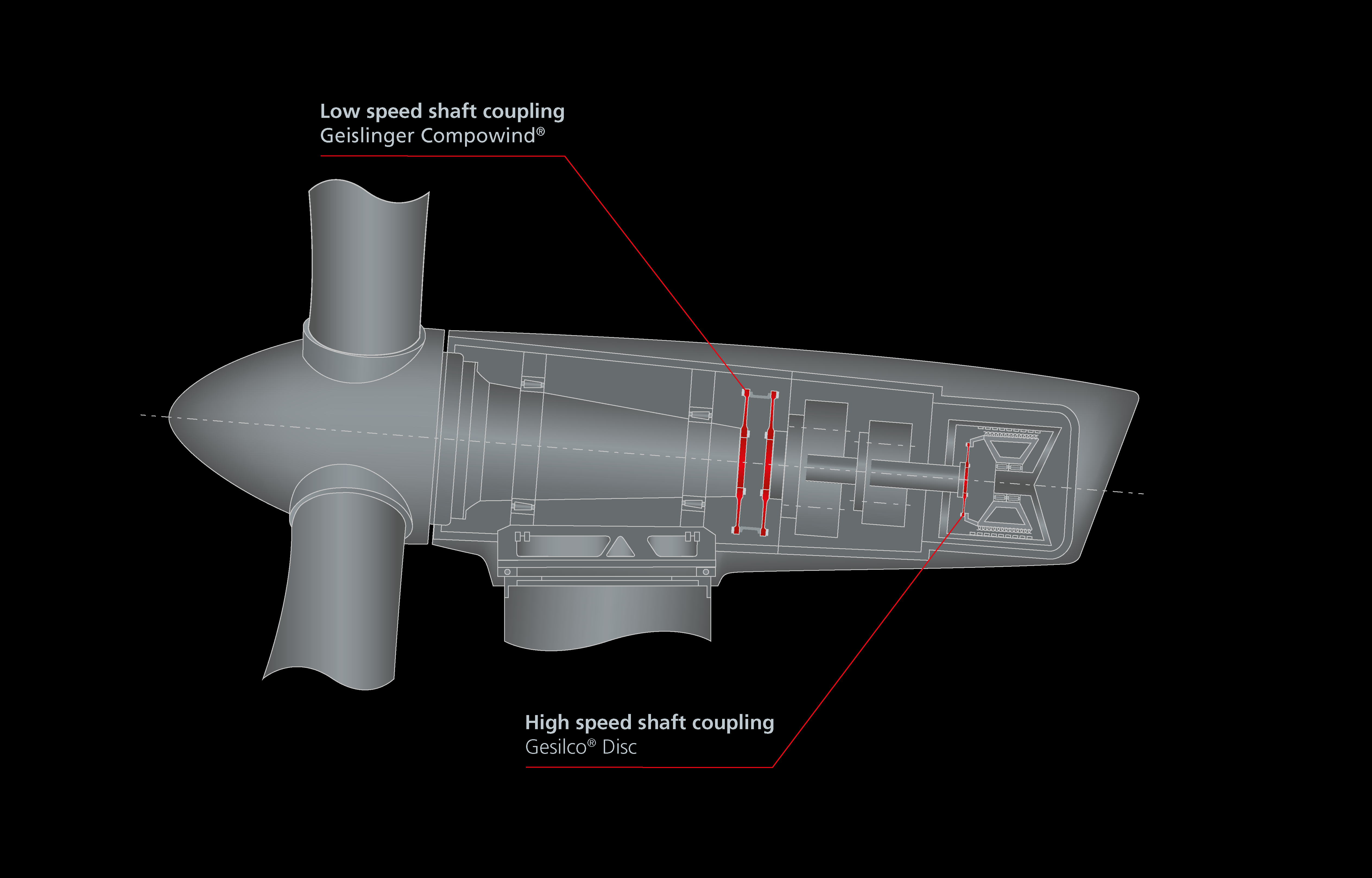 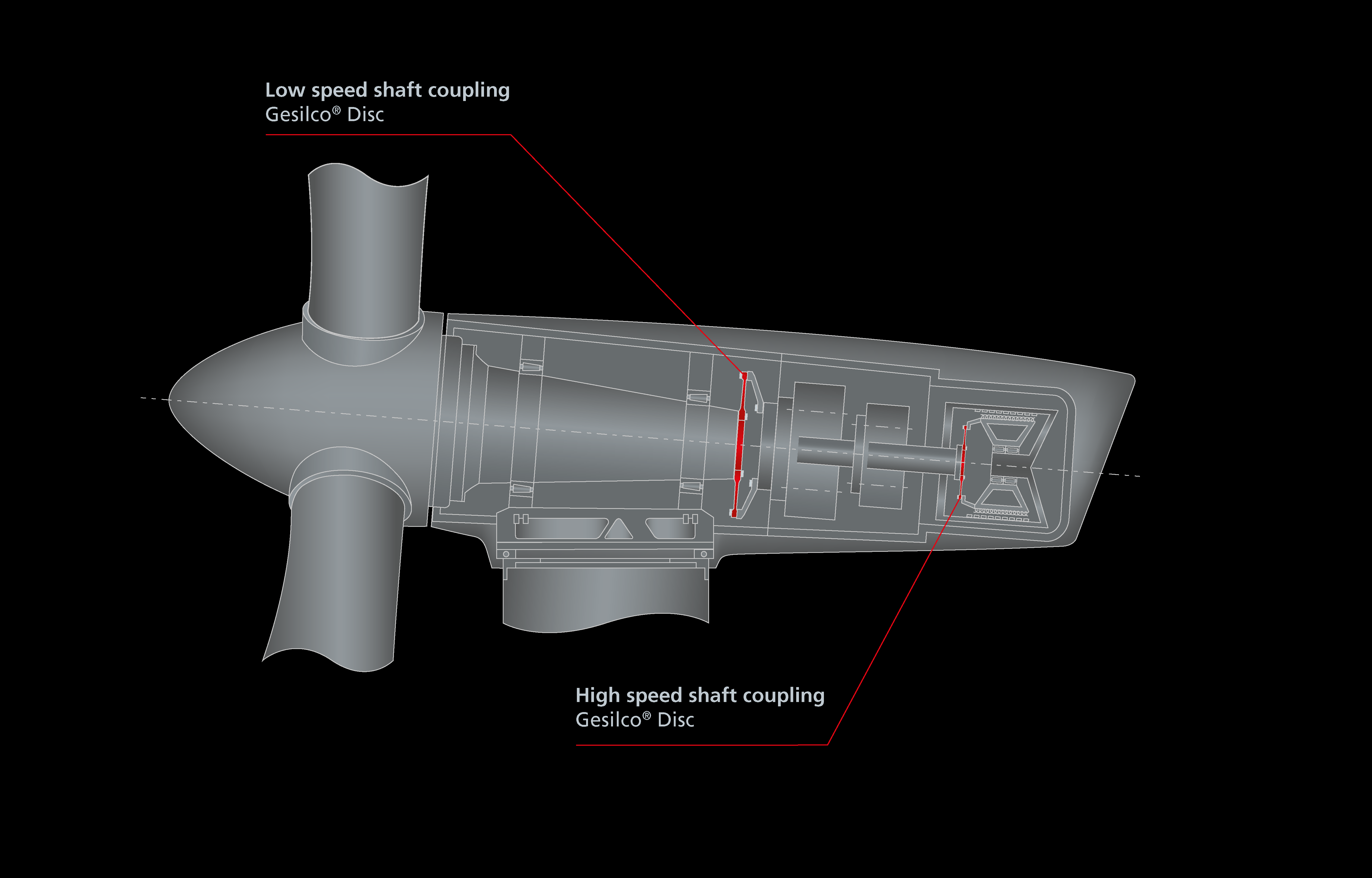 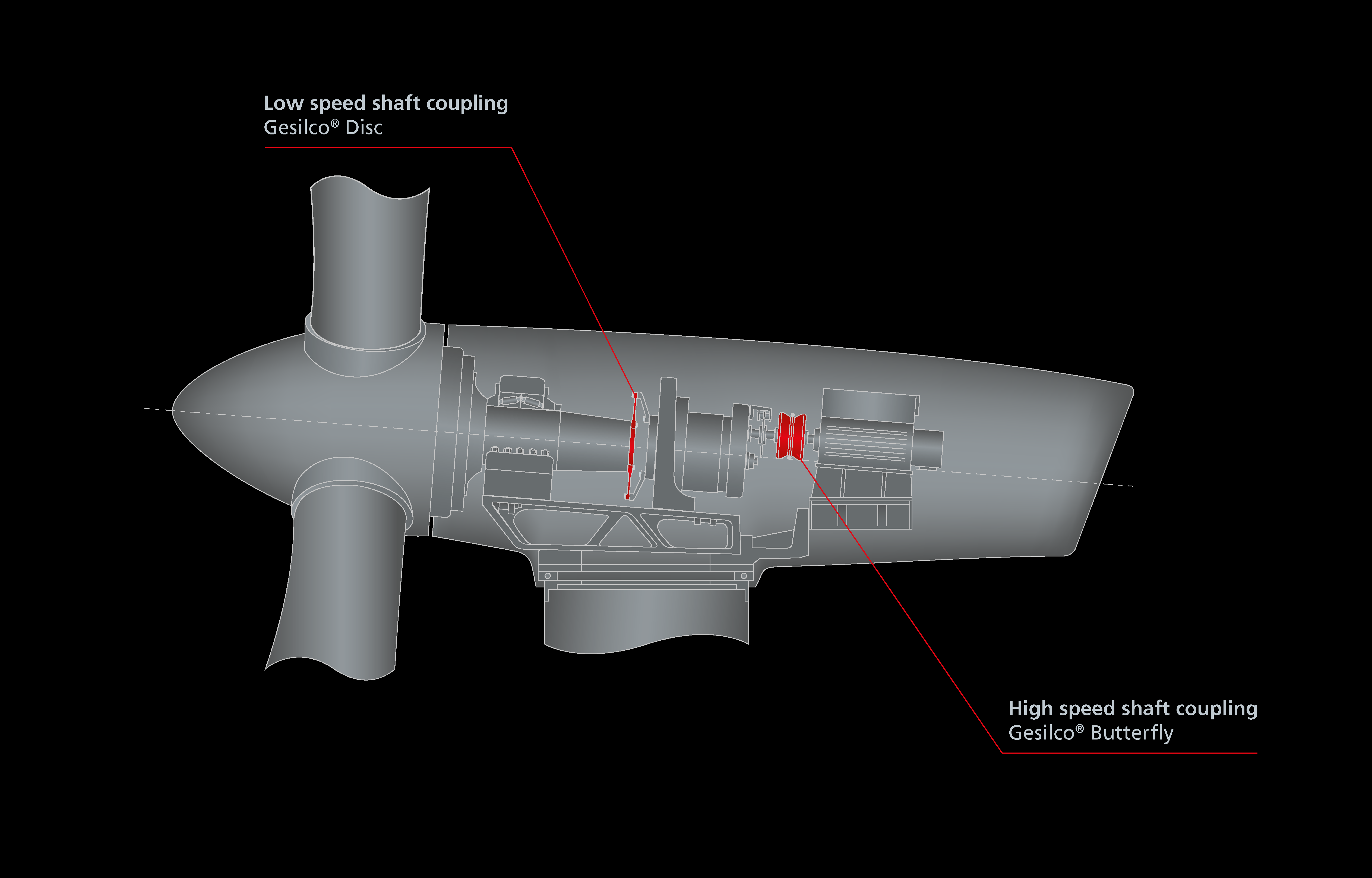 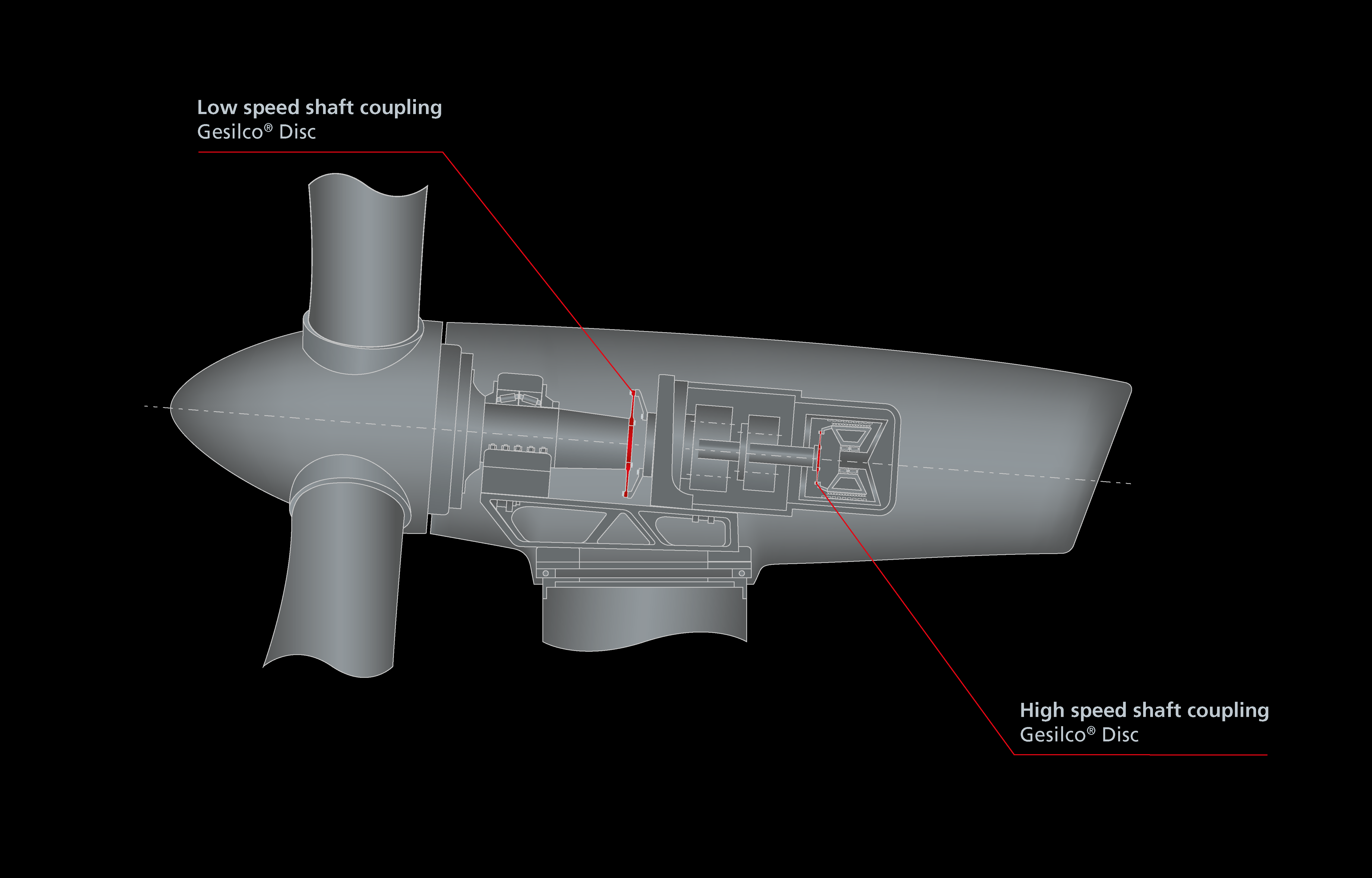 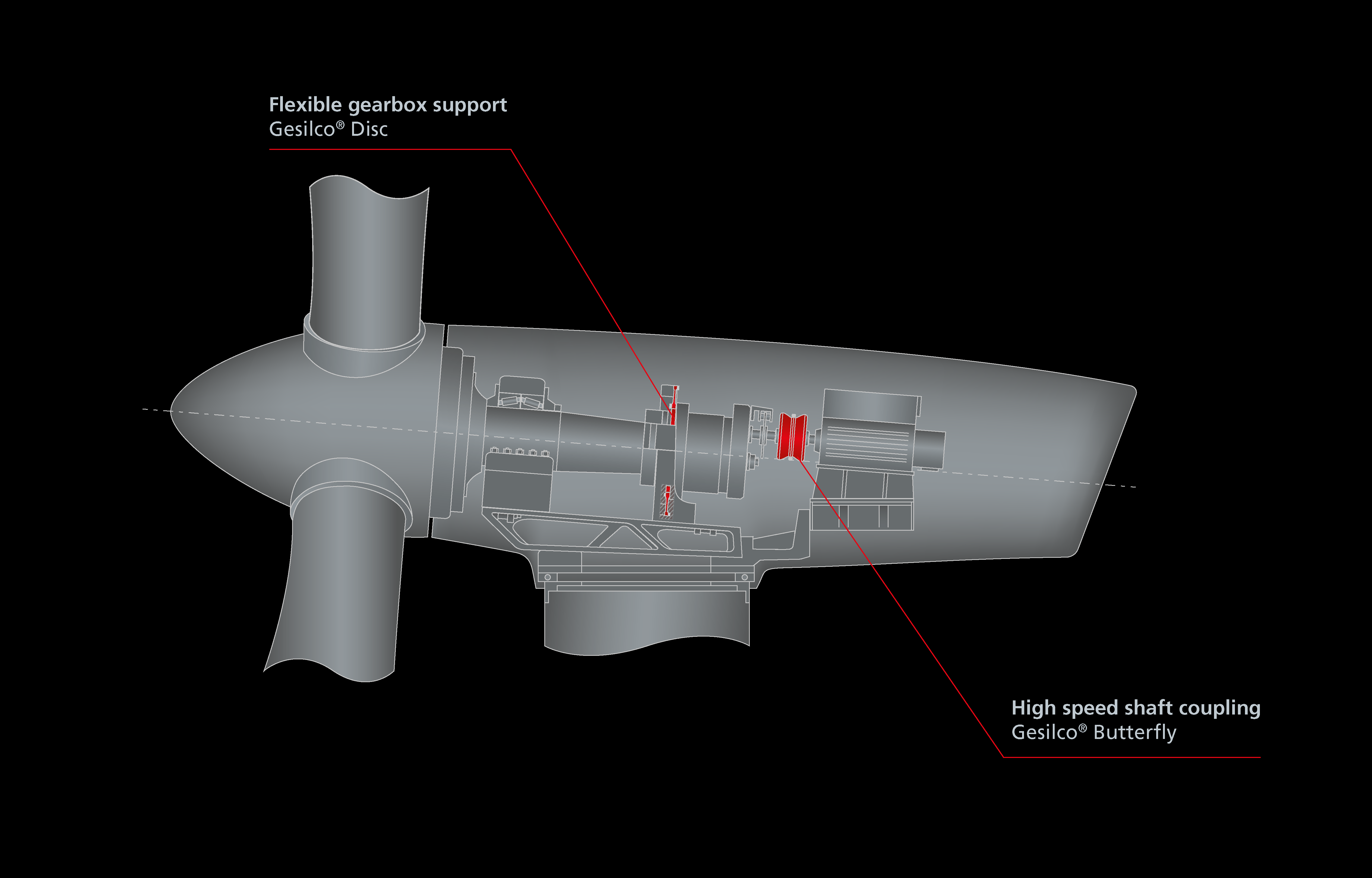 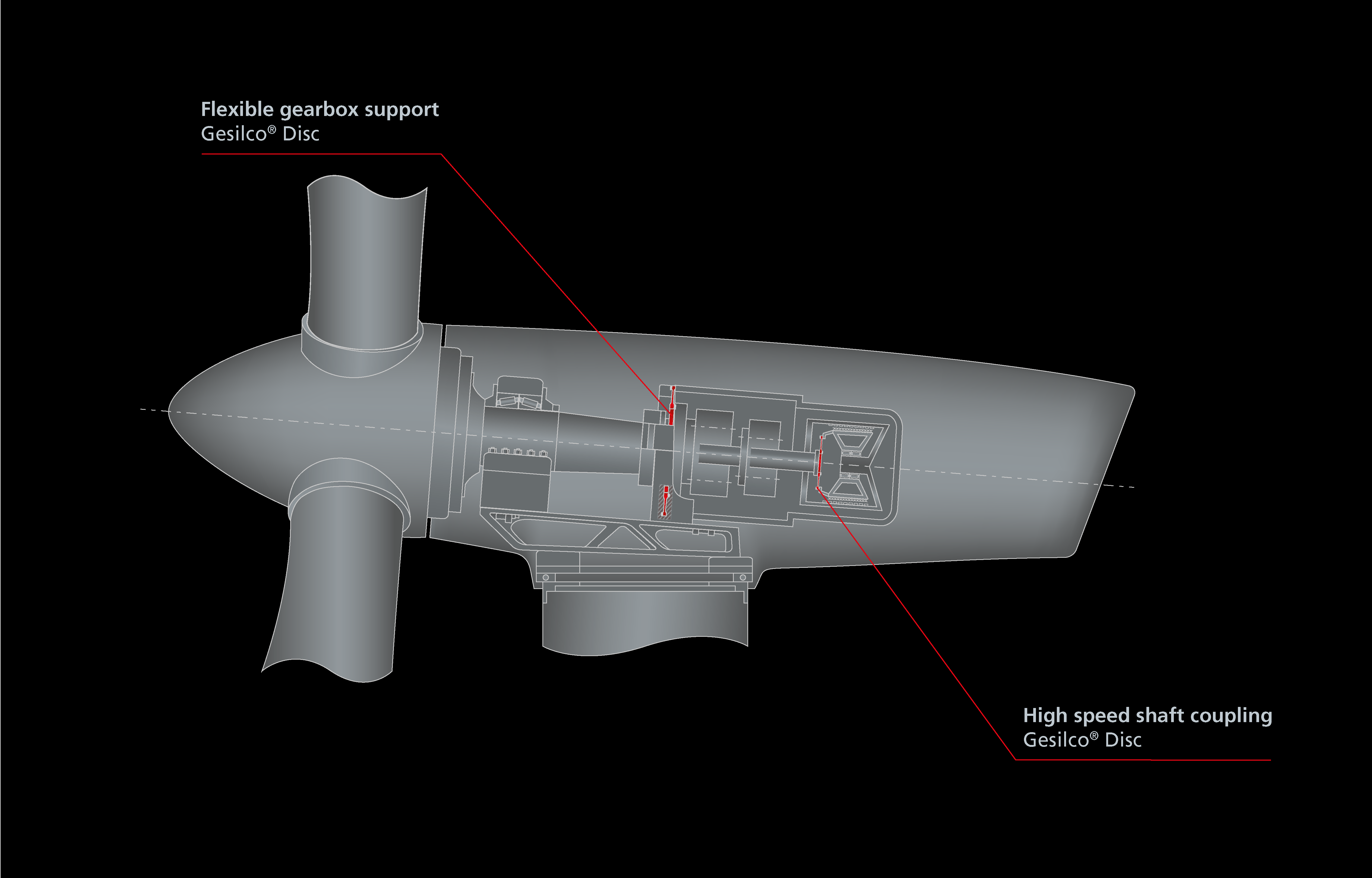